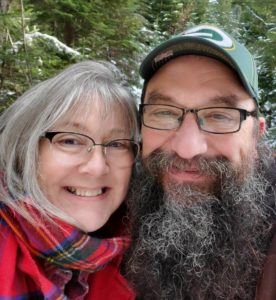 Born and raised in Eugene, OR (hippy central), Teri moved to the mountains of Idaho in 2015 for the same reason most people do, the quiet and beauty. Having seen a bit of the world (Netherlands, Italy, Australia, Mexico, Canada and most of the states), she still believes the inland northwest is one of the most beautiful places in the world.

Teri will read almost anything in the dystopian genre, but also appreciates good biographies, mysteries and dabbles in military fiction once in a while. One of her all-time favorite books that she reads every year is This Present Darkness by Frank Peretti. More than just a reader, Teri loves good comedy movies (think Marky Mark and Will Ferrell), all kinds of music (from Shania Twain to Eminem), messy baking and everything Christmas.

Teri earned her BA in Communications with a focus on research and writing from Portland State University. Her greatest desire as the head librarian is to engage with her community and serve them in whatever way she can. As this area continues to grow, Teri truly enjoys meeting new families and making them feel a part of the community.

By the way, Teri’s the one without the beard.

John E. Smith – IT/3D Printing/General Duties and Circ. John holds an Information Technology Certificate, an AS in social work and a BS in business administration. He is tech support for the library along with general library duties. His desire is to maintain and improve the quality of life in his community through education, promotion of technology, and food security.